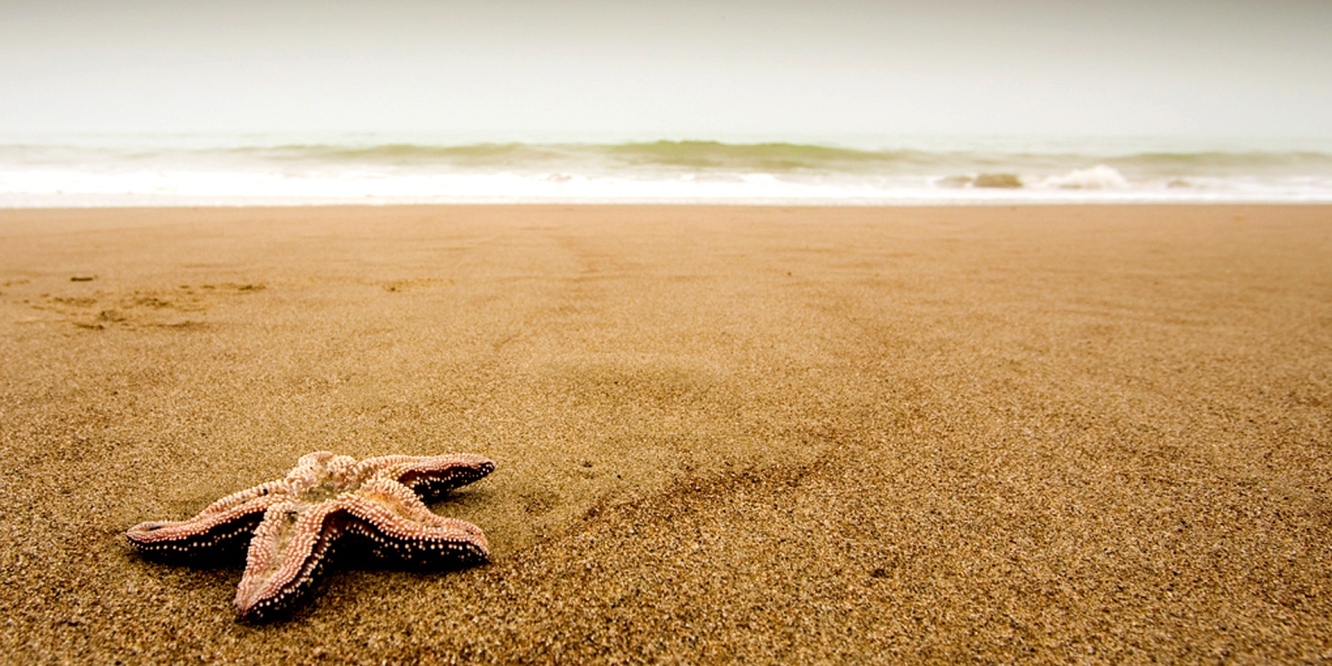 A fair share of self-help types and motivational speakers have re-worked the story which is commonly known as the “starfish story”. You will have heard one version or another but the original story goes a little something like this.

In a pool of sand and silt a starfish had thrust its arms up stiffly and was holding its body away from the stifling mud. “It’s still alive,” I ventured.

“Yes,” he said, and with a quick yet gentle movement he picked up the star and spun it over my head and far out into the sea. It sunk in a burst of spume, and the waters roared once more.

…”There are not many who come this far,” I said, groping in a sudden embarrassment for words. “Do you collect?” “Only like this,” he said softly, gesturing amidst the wreckage of the shore. “And only for the living.”

He stooped again, oblivious of my curiosity, and skipped another star neatly across the water. “The stars,” he said, “throw well. One can help them.” …”I do not collect,” I said uncomfortably, the wind beating at my garments.

“Neither the living nor the dead. I gave it up a long time ago. Death is the only successful collector.” ” — The Star Thrower, Loren Eiseley

This story sparks a much larger conversation that a short post here would not do justice to, but (briefly) in the context of climate change, I have started to believe that we have a starfish problem.

We are encouraging individuals to believe that their actions, no matter how small, will make a difference.

I absolutely 100% believe this to be true myself. And I am as big a fan of that Margaret Mead quote as anyone.

“Never doubt that a small group of thoughtful, committed citizens can change the world. Why? Because it is the only thing that ever has”. Margaret Mead

But I am also conscious that highly respected sceptics such as Bjorn Thomborg and Jordan B. Peterson claim that no amount of smaller actions (recycling, riding your bicycle, eating less meat and flying less) will make any kind of difference.

One campaigner told me recently that he takes far fewer flights. And if his audience of a few hundred people also take a few less flights, that’s equivalent to couple of 757’s not flying. A questionable point of view but I love the sentiment.

Real change needs to come from governments, energy providers and the oil and gas producers.

For this reason I think we have a starfish problem.

We need to continue to encourage everyone, from the rebels of the extinction rebellion movement to the boardrooms of BP, from anyone who recycles to the kids who switch off their bedroom lights, that any individual can make a difference.

And no matter how small.