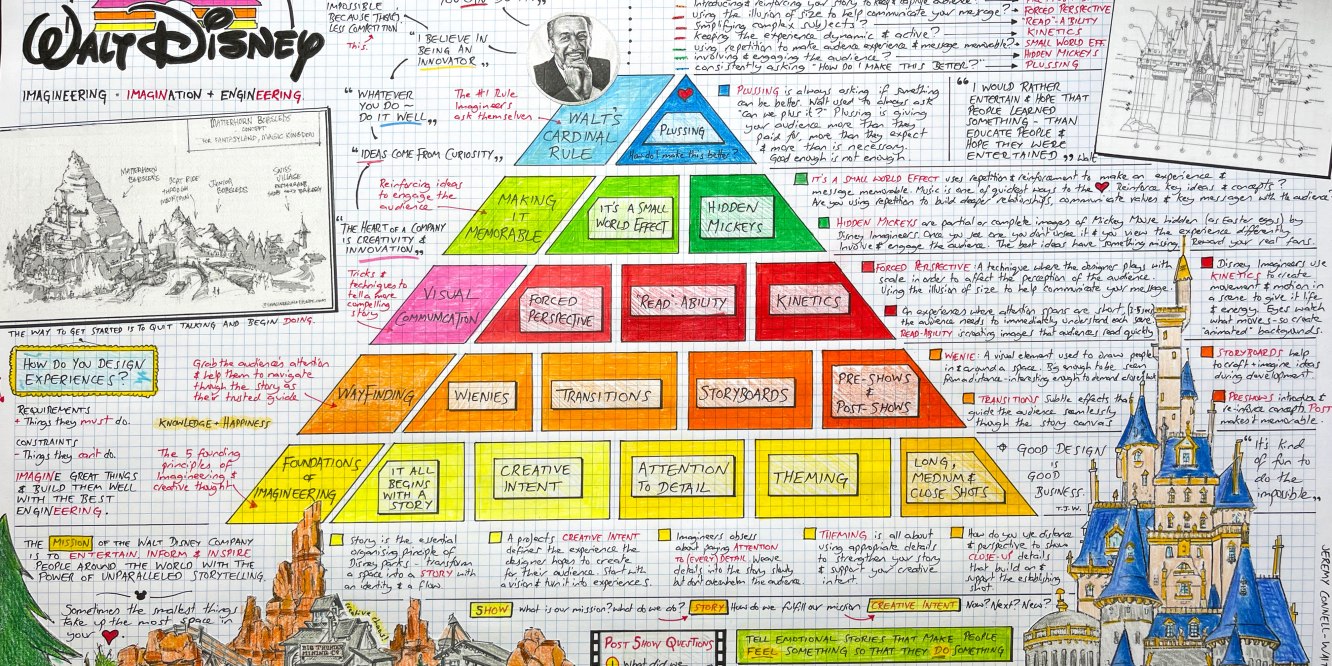 Disney Imagineering has provided the creative energy that has driven Disney for over 69 years. Combining IMAGINation + enginEERING the Imagineers mission is to “create unique experiences that entertain, inform and inspire people around the world through the power of unparalleled storytelling”.

I have been studying “The Imagineering Toolbox” books recently by the brilliant Lou Prosperi. I discovered that behind the magical experiences that Imagineer’s create for their guests is a simple process for delivering “knowledge and happiness”. It’s called “The Imagineering Pyramid” and is a model that I think that could inspire us all to be better.

Walt Disney wanted to be the best at everything. “I like the impossible because there’s less competition” he once said. He believed in the power of innovation and always wanted to do things that others hadn’t done before. This is why at the top of the Imagineering Pyramid is “Plussing” – the one question Walt used to ask of every Imagineer on every project:

“This is great. But how do we make it BETTER?”