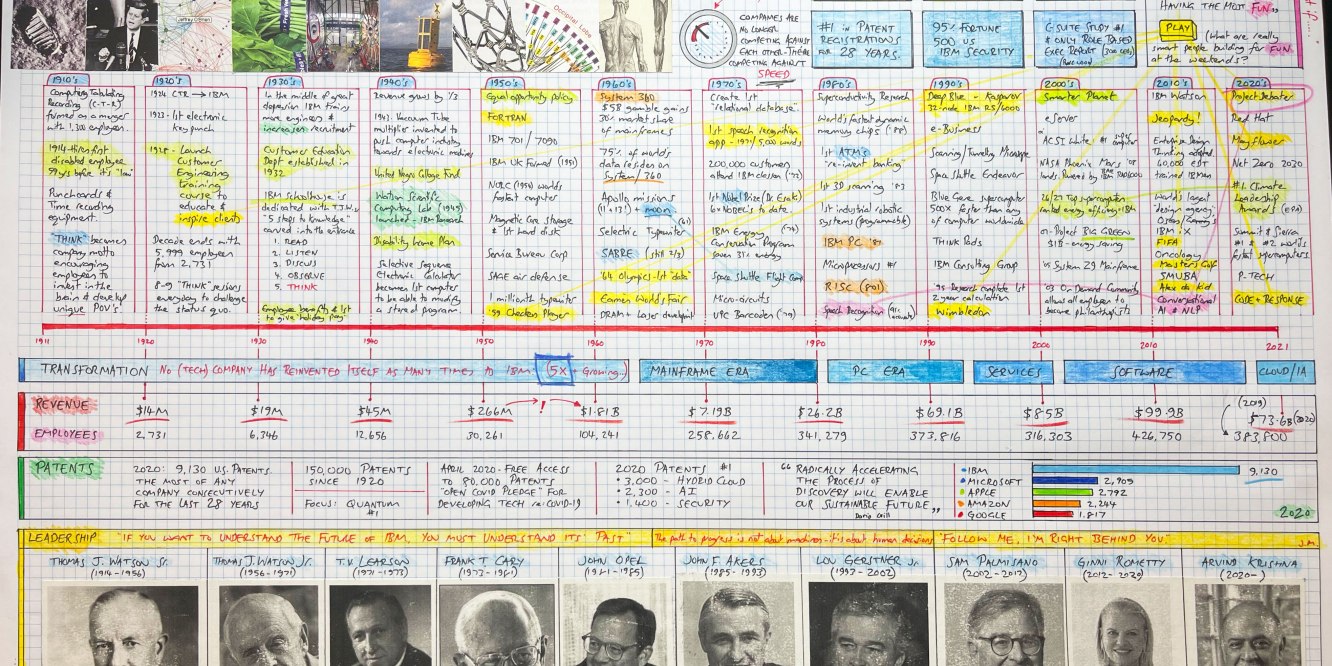 To say “it’s the people” would be true, but that doesn’t shed much light on what makes IBM different from any other company. So this week I’ve been digging into the archives to explore some of the events that have gone down since 1911.

1. Transformation is messy. IBM has completely re-invented itself 5X over the last 60 years and struggled each time. (Just because a company is big doesn’t mean that it’s great).

2. Pretty much everything IBM has ever done focuses on a unique triple bottom line: Build a Business / Change the World / Have Fun.

Many of IBMs major tech advancements came from researchers and engineers having fun! Playing Checkers in the 60’s spawned a new computing system. Beating a grandmaster at chess in the 90’s gave birth to advanced analytics. Winning a TV’s toughest game show built the foundation for an AI that advanced oncology. Competing against top debating champions helped refine the world’s most advanced conversational AI.

If you want to see where the future is going, look where people are having the most fun…